How to save money when moving

Let’s be honest, no one loves moving. Moving is for most people a big pain, but when you plan it early it makes it less painful. This will give you the best deal on movers and it will ensure you have plenty of water, food and what not packed and ready.

2. Move during the off season

When you move during the off season the moving companies are much more likely to give you a better deal since they are not as busy as the high seasons. Off seasons are fall and winter.

Getting multiple quotes will ensure you get the best possible deal. To get several moving quotes fill out the form in the top right or click the link.

4. Get rid of stuff you don’t really need

Moving is a good excuse to get rid of stuff you don’t really need. Find all the stuff you haven’t used and you don’t think you’ll ever use again and try and sell it or simply throw it out. There are lots of places online to sell your stuff such as Craigslist or by simply doing a yard sale. You might even be able to make enough money off your sales that you can pay off the moving cost entirely.

5. Consider replacing items instead of moving them

If you have big items that are starting to get a little old do the math and see how much they would actually cost to replace instead of moving them.

This is probably the most common mistake. If you pack your stuff effectively your move will be faster and require a smaller truck. All this means you’ll be saving money. If you pack based on rooms (Kitchen, Bedroom etc) it also makes packing out much much easier.

7. Have a budget…and stick with it

Now that you’ve sold and thrown out a bunch of your old stuff you now have a better idea of how big of a moving truck you really need. Calculate based on that and set a good budget and stick with it (Unless of course its just too low). The best way to setting a good budget is to speak with multiple moving companies. That will give you a very precise budget.

8. Use tax saving to your advantage

If you’re moving for a new job and the distance is 50 miles or more between your old and new office you may actually qualify to write off the cost of your move. Some employers are even open to paying some of the move. You can read more about the tax savings available here

9. Use what you have already

Don’t buy bubble wrap and such. Just use towels, newspapers and anything else you can think off

When its taken apart it takes up much less space in the truck and its easier to carry as well.

11. Transfer over utilities ahead of time

Ensure that all your utilities are setup a head of time. This ensure that you have all of it running when you move in. If you can try and do the same for internet as well. Ask the various providers for move in bundles to get additional discounts.

Its best to do this ahead of time, but if you cannot do this try and do it as soon as you move in. One of the additional benefits to doing it ahead of time is that some insurance policies actually covers moves. You’ll need to check your policy to confirm.

13. Keep your valuables with you

Any jewelry and such you should hold on to yourself. You just never know these days. It might take you weeks to realize that something is missing and at that point it could be too late.

14. Be flexible on dates

If you’re flexible on dates you’ll often get a better deal as you’re allowing the movers to fit you in when it works best for them. 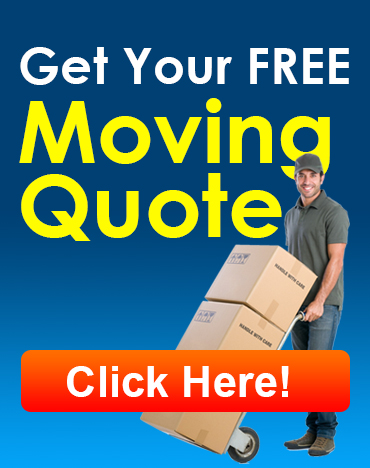